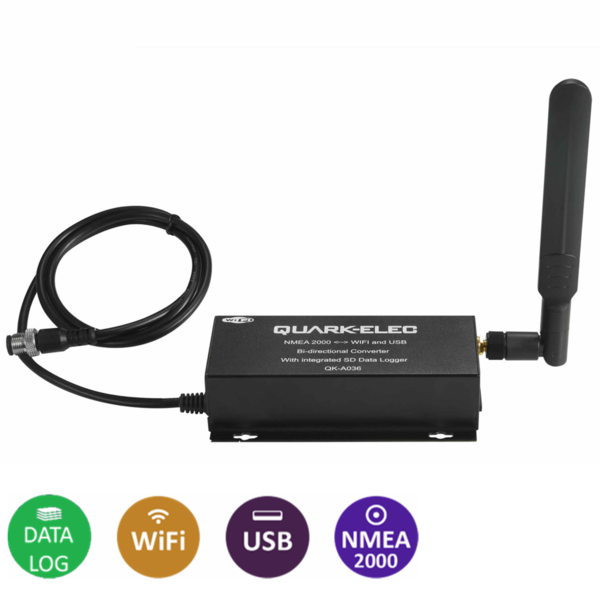 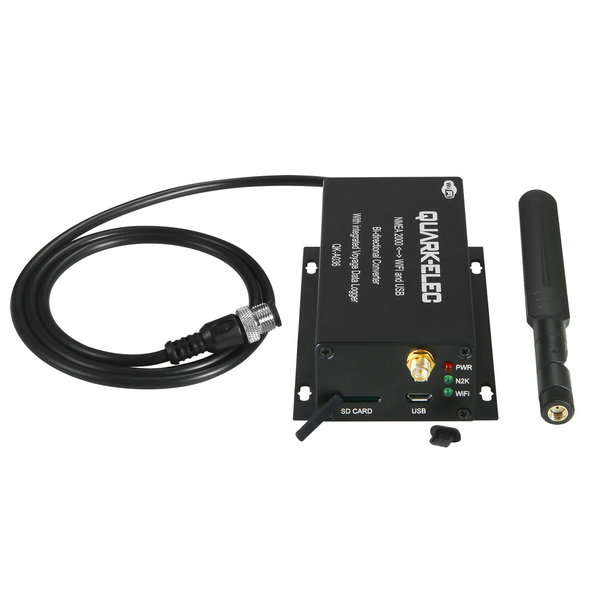 Our all new QK-A036 is a sophisticated NMEA 2000 to / from WiFi and USB multiplexer with integrated vessel data recorder (VDR).

The A036 transfers data from an NMEA 2000 backbone to any compatible device connected to it via WiFi or USB port. With it, the N2K network data can be viewed in the chart plotter. The WiFi and USB connections are bi-directions so the chart plotter can also send cross track and waypoint information to an NMEA 2000 autopilot to steer a programmed course.

The A036 records the messages transmitted on the NMEA 2000 network. All messages are then stored within an integrated SD card. The stored data can be uploaded to Quark-cloud or accessed over SD card reader (not provided), and with an up to 32GB space SD card, 7 weeks or even more of vessel data can be stored.

The recorded vessel data (in .txt files) will be automatically uploaded to the cloud once the A036 has been registered and connected to the internet. The upload function can also be disabled if desired. One device can have up to 8GB cloud space and the server will overwrite the oldest files once the space is full.